As a Mindfulness Practitioner, Mental Health Advocate and someone with a history of mental illness, Scott has a variety of keynote topics that all revolve around the human condition and our need for genuine, authentic relationships.

"Loneliness isn't just the absence of people. Loneliness is the feeling that what you do and share doesn't matter to anyone"

In a culture that encourages focus to be on the self, rather than the collective, we have issues of loneliness, isolation, separation and solitude - not simply mental illness.

Scott's YouTube Channel has been a gateway for millions to receive new ideas about depression and anxiety but also an opportunity for Scott to learn about the global issue of mental illness. Throughout the past 8 years Scott has collected thousands of e-mails and letters from people around the world and found a similar theme in every single message: People are lonely, which is a direct cause of the mental health challenges we see today at work, at school and at home. It's time to understand depression, anxiety and mental health on a deeper and holistic level. In this thought provoking keynote, Scott reveals his own personal journey to mental wellness: Depression to Expression to Connection.

Plato warned people that when writing came along it would end oral tradition and our memories would suffer -  memory, a terrible idea! Since then the printing press, the radio and the television have all been invented and each and every time there was a worry it would ruin a generation and tradition. Why then, is the internet and social media cause for concern?

Scott's career on YouTube has been full of ups and downs and he feels compelled to share how social media platforms and screens are affecting our overall mental health and wellbeing. His work in social media advertising and at Twitter has revealed uncomfortable truths that people need to know. He has brought millions of people together in a positive forum but also knows how social media can add a tremendous amount of psychological stress for children and adults. We live with 200,000 year old brains and have computers in our pockets. This pairing comes with tremendous responsibility. It's time we take a step back and study our relationship with technology with curiosity and skepticism.

My Journey Through the Dark - coming soon

Redefining Amazing in an Age of Social Comparison - coming soon

Scott has been featured at a variety of conferences, including:

Scott Ste Marie gave our office a refreshing and very real perspective on what mental health means, along with some practical coping tools to deal with stress both at home and in the workplace. I would definitely recommend Scott to any employer looking to educate and help the staff on what is one of the most important issues in the workplace today.”

We have a very diverse workforce of men and women from different backgrounds, at various ages, with varying opinions about mental health but that wasn't a roadblock for Scott. His session connected with all employees who attended and weeks later we received feedback that employees were still using the tools he provided. Our company hit the mark by providing Scott Ste Marie as a resource and I would encourage other companies to do the same. If you want to invest in your employee’s wellbeing, Scott should be top of your list."

Scott used his sense of humour to be incredibly relatable and remove any discomfort around a topic that is often stigmatized. Our attendees most appreciated his ability to connect with audience members on a personal level while bringing a sense of inclusivity and communal strength to the group.”

Scott isn't afraid to take risks and explore topics that are outside of the "norm". It is hard to find speakers that can take a popular topic, and bring new ideas around it. I would recommend Scott to anyone who is looking for an energetic, creative speaker that will engage with the audience and leave them with things to think about."

- Mary-Lyn Kieffer, Director at Made of Millions Foundation

From my very first interaction with Scott, it was undeniably clear that he is doing the work he was put on this planet to do. His passion and connected nature shines through so brightly. I’ve been putting on speaking events for a handful of years now, some really big names, and Scott blew them all out of the water."

- Jamie Harvey, Manager of Health & Wellness at Loyalty One

Scott’s passion, speaking about living with depression and anxiety is one of the best talks I have
heard. He is engaging and heart-felt, sharing stories and experiences that we can all relate to. I
would recommend Scott to speak to speak to any organization so you can see and experience
firsthand his passion for not only speaking about mental illness but sharing his important story.
Scott, thank you for being YOU!"

I will respond personally within 48 hours. Thank you for your interest! 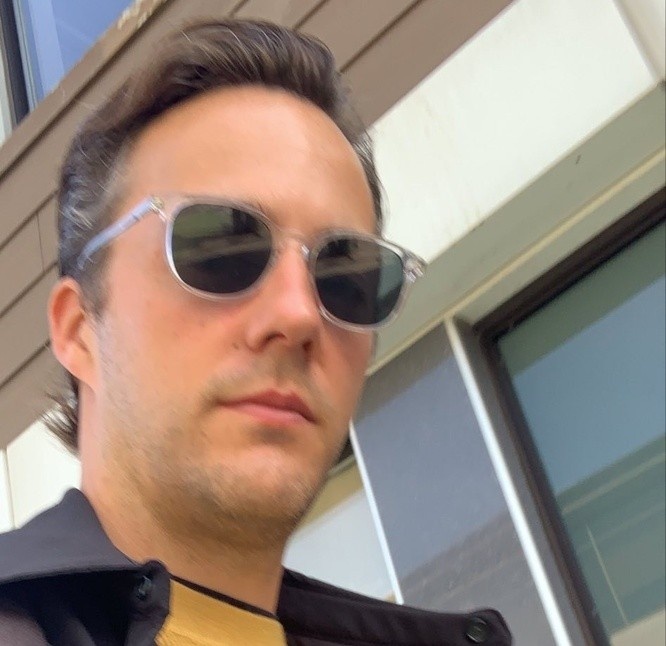